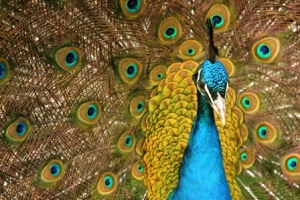 Leadership is determined by the extent you influence regardless of rank. And, contrary to how most local churches and denominations have been structured and governed, the New Testament church did not use or require hierarchy when it came to leadership. The elders, whether apostles, prophets, evangelists or pastors and teachers, had no rank in the body of Christ.  The respect due to them was by virtue of their calling to a particular role of servanthood in the body of Christ. Rank and titles did not exist, only roles.

The honor and respect that anyone received was the fruit that came from an environment of mutual submission. This atmosphere allowed for the recognition of one another’s roles. And, not only was this the case, but to further reinforce this counter-worldly-thinking, Paul said “On the contrary, those parts of the body that seem to be weaker are in fact indispensable, and the parts of the body that we think are less honorable are treated with special honor, and we make our less attractive parts more attractive. However, our attractive parts don’t need this. But God has put the body together and has given special honor to the parts that lack it,  so that there might be no disharmony in the body, but that its parts should have the same concern for each other” (1Cor. 12:22-25).

Those in the Body of Christ who were more mature were able to assist the Chief Shepherd as elders in shepherding the flock. God’s word, whether written or spoken, was the only authority. Consequently the elders had no more or less authority than anyone else. And yet, through their maturity and experience in the knowledge of God’s word they were able to be useful guides to each other and especially the young in the flock.

Sadly, this style of church was eroded over time by the desire for control and power among its leaders. And, in time, the church began taking on the very leadership styles of this world that Jesus told them, in Matthew 20:25-27 and 23:2-12, to stay away from. In these passages you will see that Jesus not only taught that we aren’t to lord it over one another, but also that we are not to even have authority over one another, nor use titles, because we are all brothers. See for yourself:

“The scribes and the Pharisees sit in Moses’ seat … But all their works they do for to be seen of men: they make broad their phylacteries, and enlarge the borders of their garments, And love the uppermost rooms at feasts, and the chief seats in the synagogues, And greetings in the markets, and to be called of men, Rabbi, Rabbi. But be not ye called Rabbi: for one is your Master, even Christ; and all ye are brethren. And call no man your father upon the earth: for one is your Father, which is in heaven. Neither be ye called masters: for one is your Master, even Christ. But he that is greatest among you shall be your servant. And whosoever shall exalt himself shall be abased; and he that shall humble himself shall be exalted” (Matt. 23:2-12).