Responding to Ron Rhodes’ The 8 Great Debates of Bible Prophecy

Debate 6: Ron Rhodes asks, ‘How Are We to Understand the Antichrist?’

As I have previously indicated, Dispensationalists would have you believe that most of the book of Revelation is for a time after the rapture of the Church. In other words, they believe that most of the characters and events written about would have nothing to do with the Church. This includes the manifestation of the Antichrist or the Beast as he is known in Revelation. However, how is this even possible to swallow, given that the book of Revelation was given by God to Jesus with the express purpose of showing ‘his servants’, the Church, what must ‘soon’ take place?

Dispensationalists translate the term ‘soon’ as ‘quickly’, believing that it references the speed at which the events in Revelation will take place and not the time. By this interpretation the events that are prophesied are then given over to a distant future that has no direct bearing on the first recipients. But, is this consistent with what the document reveals as God’s intention for the Revelation?

While it is true that certain moments that occur in the Revelation are swift, nevertheless, the roles that the characters play and the sheer number of events require time. It is not even logically possible for the existence of the Beast or the False Prophet to be understood as quick events, let alone imagine that the sum of the series of judgements, i.e. the seven seals, trumpets and bowls, take place ‘quickly.’

Furthermore, unlike the prophecy of Daniel that was to be sealed up for a later time, John was told that this prophecy was not to be sealed up precisely because it was going to begin. Clearly the reason that the Church at that time was the recipient of this Revelation of Jesus Christ was because the contents of the prophecy was going to have bearing on them. The term ‘soon’ further emphasizes this.

If that is not enough, consider Revelation 1:3 that says ‘for the time is near.’ This clearly gives the context and excludes any interpretation that disassociates the book of Revelation from the first century recipients. This is especially true of Dispensationalists who would have you believe that most of the Revelation is for another people after the Church has been raptured.

Is Dispensationalism an Antichrist Ruse?

The Antichrist is not someone else’s enemy in the future, as Ron Rhodes and other Dispensationalists would have you believe. Instead, it is very clear from Scripture that the Antichrist is an enemy of the Church that she would ‘soon’ face and would continue to face until Christ’s return. For this reason, Revelation explains how the Antichrist (the Beast) operates and, most importantly, how the Church overcomes him in Jesus Christ.

Isn’t that the perfect deception, to palm off the identity of one of the Church’s biggest enemies as non-integral and irrelevant to the Church period? In fact, as I see it, Dispensationalism is not merely another interpretation or just some misunderstanding, but, unwittingly, an Antichrist subterfuge to take this powerful message from the Church by teaching them that it concerns another people in a future era.

This shouldn’t be surprising, after all ‘we wrestle not against flesh and blood, but against principalities, powers, the rulers of the darkness of this world, and spiritual wickedness in high places.’ Yet, regardless of whether the Antichrist is involved or not in creating this false belief, Dispensationalists are nevertheless clearly grossly adding to and taking away from the prophecy by having it say what was clearly never intended.

What Does It Matter?

It is obviously of utmost importance that God’s word goes to the audience that it was intended for and that it is understood by them. So, if Revelation was written as an encouragement to the Church, then it is a tragedy if the Church misunderstands it by believing that most of it is not for them as Dispensationalists teach.

It is ironic that Dispensationalists have so much to say and time to give to topics that they don’t even believe effect the Church. And, sadly, even more ironic is that their teaching has become a vehicle for the spirit of the Antichrist, the source of the Antichrist that they speculate about.

Responses To Ron Rhodes’ ‘The 8 Great Debates of Bible Prophecy’: 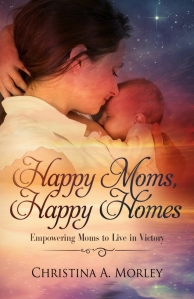